What is Dartfish Note Print

Dartfish Note is an app for iOS and Android, used to record observations and timings of important aspects of a game/match/contest. It produces a Notebook which is used in conjunction with the dartfish.tv video platform (where Notebooks are stored and distributed) and Dartfish Software or Dartfish 360 S, which are used to combine Notebooks with the corresponding match video to create and describe video segments (we call these 'Events') in the game. 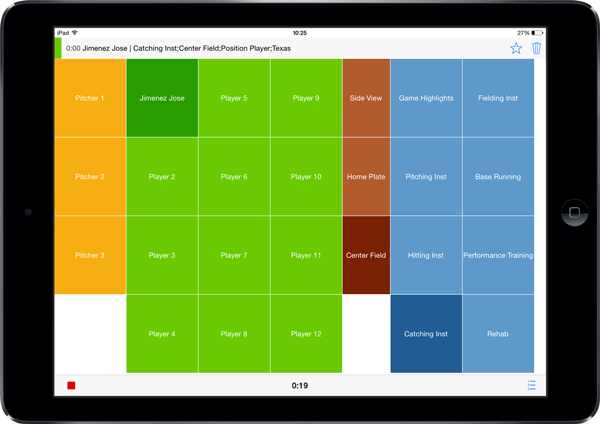 The goal of using Note is to efficiently produce annotated match video, highlight reels, video presentations and statistics - all the power of Dartfish software plus the possibilities of live tagging on a smartphone or tablet.

The coach doesn't write his notes; instead keywords and phrases describing the action are recorded with button taps and, because every coach's priorities differ, he'll start by designing a panel of buttons which satisfy those. There are two types of button:

Furthermore, particularly outstanding events can be rated by tapping the star button.

Organize and distribute with dartfish.tv

At the end of the game, the Notebook is uploaded to dartfish.tv - either your personal myDartfish Smart Cloud or to a channel. From here they can be shared with others.

Dartfish software users don't even have to download the Notebook to use it. Its events can be directly imported and synchronized with video.

What happens next is beyond the scope of this article to describe in full but one possibility is to publish the annotated video (the full game or highlights reel) to dartfish.tv where it can be viewed by the rest of the team.