Synchronize video and data with a QR Code Print 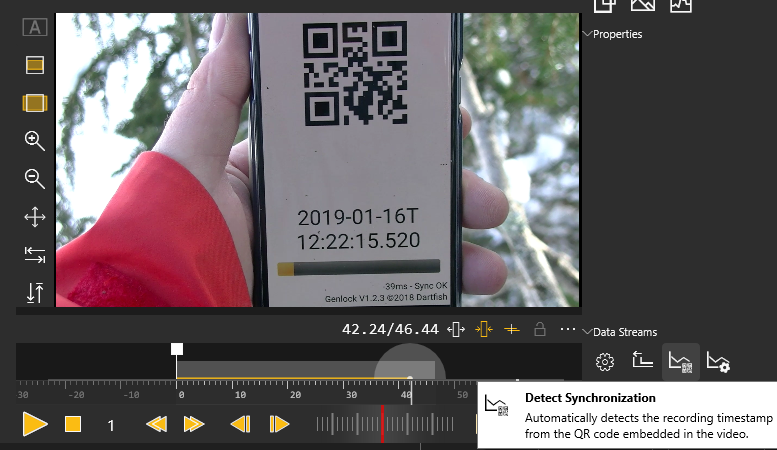 One of the main challenges of merging data streams with videos is to get a precise synchronization between the data and the video. In some cases, it is possible to link a data point to a precise event in the video (e.g. a swimmer diving at the start of the 100m freestyle). However, in many other situations there is no obvious event on the video and the data stream that you can use as synchronization point. Think about long distance running or cycling for instance, where you may get a data stream of 1+ hour and you want to synchonize it with a 5 minutes video that happens in the middle of the route.

Dartfish implemented a way to synchronize video and data at any point with a precision of more than 1/10th of a second. At the end of each video, the coach films a QR Code. Dartfish software can extract the exact time from this QR Code and synchronize it with the time of the data stream

The data stream is now accurately synchronized to the video