Reliability of Live capture with AVerMedia LGP, LGP2Plus and webcams

Local export of all the Montage items as separate elements 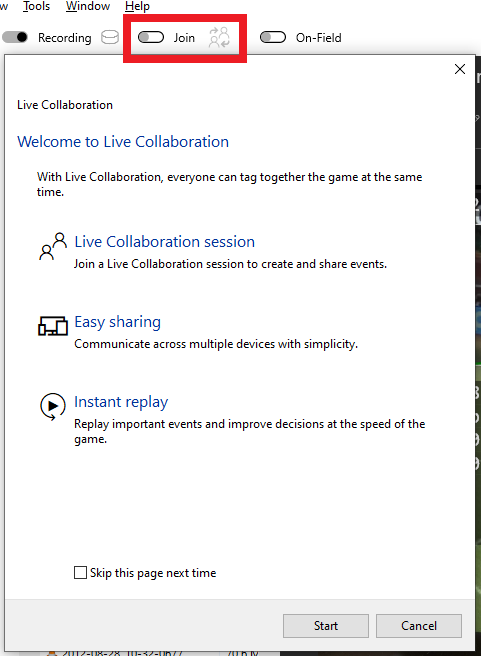 End of support for WIndows 7 and Windows 8

Patch released on the 25.11.to fix the following issues

Patch released on the 05.11 to fix the following issues

Patch released on the 28.10 to fix the following regressions

Convert your recordings in a different format during the capture

New playback mode Play Once to End of File

This release implements some very important changes to the software and may impact the processes you are confortable with.

More details on the dedicated tutorial

More details on the dedicated tutorial

Arbitrary panel layout with the canvas and grid tools

You want to re-use a previous game analysis or combine the analyses of your co-workers into a single montage. You can now do it by importing a montage to your current analysis:

The new 3D analysis feature is available! Enrich your game and practice footages with real drawings and precise measurements. Draw animated shapes and arrows, track  trajectories, calculate player speed and distance and much more with the Dartfish 3D analysis .